Gallery
Make a donation
Give feedback

We are the community hub of Red Cliffs, bringing the community together to build connections, create social inclusion, empower people through adult education and share skills and resources.

Our mission is: providing resources and facilities for a vibrant sustainable community.

Activities on offer at the centre are run by staff, community members, businesses or government organisations. We are a member of Learn Local  – a network of over 250 adult education providers. Through Learn Local we offer government funded courses and programs to get a job or go on to further education.

We also work in partnership with Be Connected – an Australian wide initiative empowering people over 50 to thrive in a digital world. This includes access to learning resources and support to help develop confidence in navigating the online world.

We provide our community with:

The building was constructed in 1925 on behalf of Mr M.M. Butler. The building started life as “The diggers Rest Cafe”, but changed its name to “Steak and Hoist” because meals were “Hoisted” up to the diners on the front veranda.

Other uses of the building include a lead lighting shop, a mixed business and deli (during which time Horeground Ginger Beer was manufactured and sold on the premises), hairdressers and a boarding house.

Mallee Family Care purchased the building in September 1991. After renovations, the Centre was opened May 1992.

In 2007 the building was bought by the Red Cliffs Community Resource Centre Committee and became its own identity, separating from Mallee Family Care.

The centre is now operated by a committee of management who ensure it runs to benefit the community. 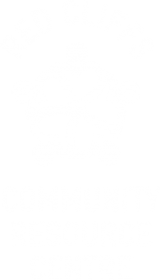 providing resources and facilities for a

Pop your details below and abracadabra you will be granted a subscription to our email list. Information about upcoming community projects, events, workshops & more, delivered direct to your inbox.

Red Cliffs Community Centre acknowledges the traditional custodians of the lands on which we live, meet, and play, and pays respect to the Elders – past, present and emerging.